The engineers from Gerber were listening, and finally addressed a couple of long-standing opinions about their multitools. You all know what I’m talking about; the way Gerber Multi-Pliers have always been “loose” and “rattly.” And the tendency Gerber tools have of pinching the palm of your hand, because the inside of the handles get so close together when you clamp down with the pliers on a thin object.

I’m pleased to report that both of these issues have been improved with the Diesel.

No matter whether the plier head is in or out, the Diesel does not rattle one bit. Open it, close it, blades folded or not, shake it all around; there is no feeling of looseness or play. The entire mechanism seems very precise, much more so than previous Gerber offerings. The key seems to be a redesigned slider device, although I cannot tell exactly why it functions so much quieter than the old design. 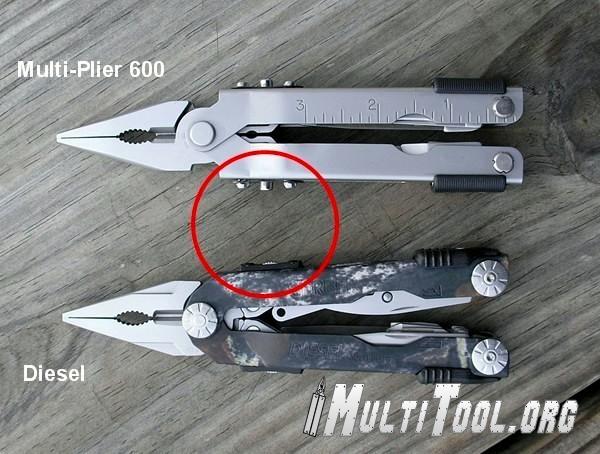 So I do consider the plier head slide to be an improvement over the previous Multi-Pliers, but it’s not quite perfect. For some darn reason, those Gerber engineers made the lock release buttons way too small. It’s difficult enough to release the plier head inside the house with warm, bare hands. It was quite clumsy to operate with cold hands outdoors today, and absolutely impossible to operate with gloves on. Why didn’t they make the release buttons stick up higher? 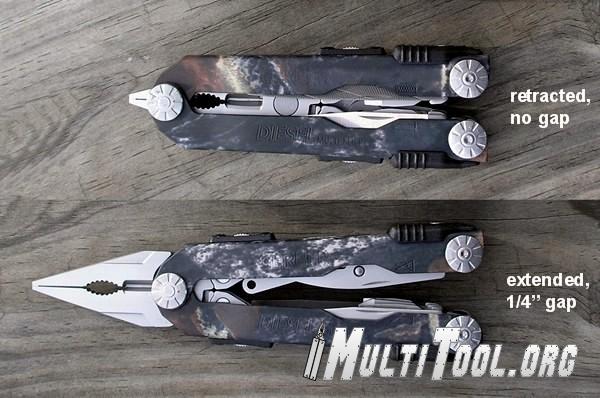 The other significant upgrade to the slide system involves an attempt to reduce the “pinch factor.” Due to the very design of Gerber sliding jaws, the handles are very close together when the plier jaws are closed. Blades and tools then have a tendency to bight down hard on unsuspecting users. A nasty blood blister is sometimes the result.

On the Diesel, the handles have no gap between them when the pliers are retracted. Blades are almost touching each other, as can be seen in the photo above. But when the jaws are extended, the handles move apart somewhat, leaving more than a quarter inch of gap for the fleshy part of your hand to squeeze into. 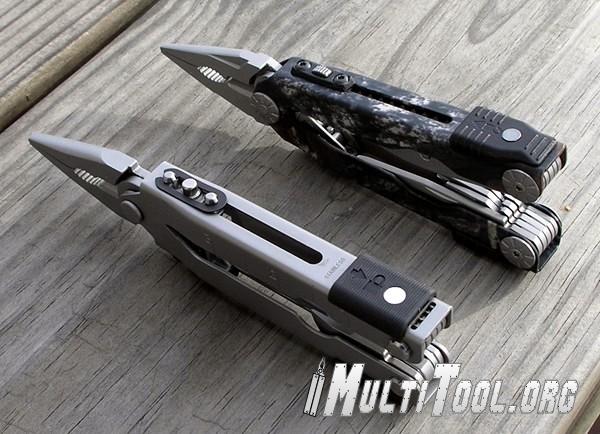 Using the tool around the house today, I never felt as though my palms were in any danger.

Other changes on the Diesel include the blade lock releases, which receive a better texture and become a bit larger, and the plier jaws. An entirely new profile is given to the pliers, with the appearance of a stronger cross section. (Oddly enough though, the new needlenose jaws are actually narrower than the older 600 series, tapering nearly .080” or 2mm thinner out near the tips.)

In addition, the new wire cutter section is 50% bigger than the 600 jaws. No hard wire notch is included. 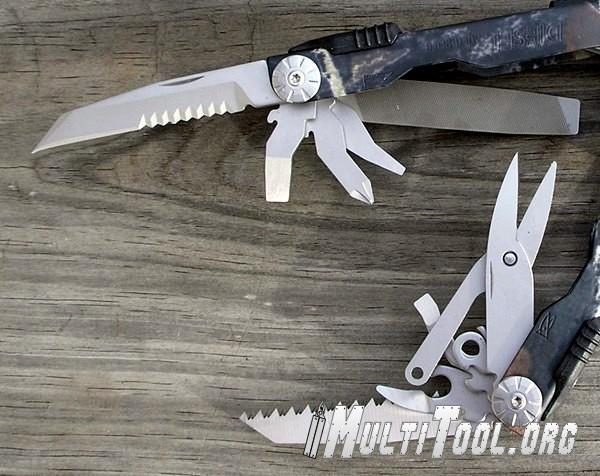 Blade-wise, the Diesel comes equipped with a file, a newly-designed can opener, and an array of screwdrivers. (Note: the old Gerber bit driver attachment will not function with the Diesel’s phillips screwdriver. You have to use the new style attachment.) An aggressively toothed saw blade takes care of cutting larger items, while a larger-than-previously-seen scissors tool takes care of smaller cutting chores.
I tested out these bigger scissors on a variety of paper and cardstock, and feel they are a definite step up from the scissors on the Pro Scout. A longer cutting section, better leverage, and a stiffer return spring are all welcome enhancements. 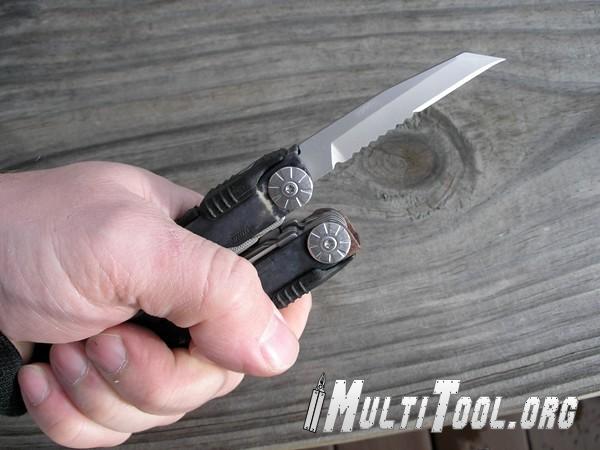 The combination knife blade is a bit unusual. It functioned well enough I suppose, although the serrated portion is a simple section of ground ripples, and was somewhat crudely sharpened. Out at the very end of the tanto tip there is a slight “hook” to the knife edge. I’m not sure what the intent of this hook is, but it seems to be intentional. Curious, but it didn’t cause me any inconvenience. 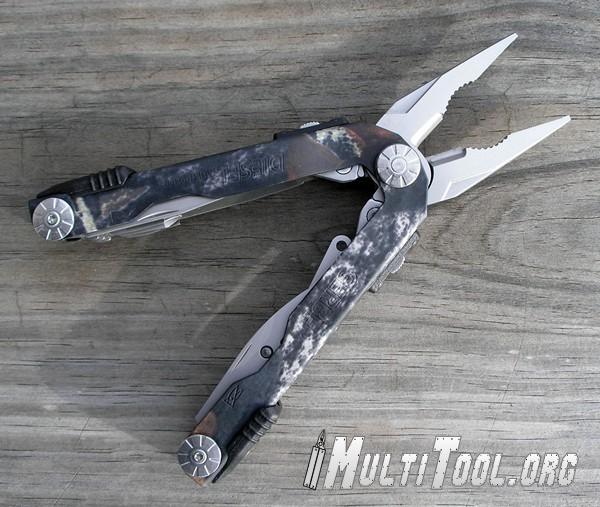 In summary, the engineers from Gerber did a pretty good job on the Diesel. I can’t say that I care for the looks of those big, gaudy pivot screw heads, but looks notwithstanding, the entire tool seems a lot more solidly built than its predecessors.

More in this category: « Gerber MultiPlier 600 Review 2006 Gerber Multi-Plier 400 Compact Sport Review »
back to top
Interested in this or a different tool and still have more questions?
Why not join us over on the Multitool.org Forum where our community can help you find what you're looking for!