Leatherman knives are another way that they (Leatherman) have tried to secure their niche in the market today. Everyone has a pocket knife, but not everyone has one that is loaded with all kinds of Leatherman extras. My first Leatherman knife was the h502, it's a great knife that's constructed well and Leatherman was spot on with the features. The problems I have with the h502 are the size and the lack of a pocket clip. Now granted; this knife is way too big for a pocket knife and a clip would just get in the way. I still wanted all of those cool features in a package that would fit not only in my pocket but fit my needs as well. 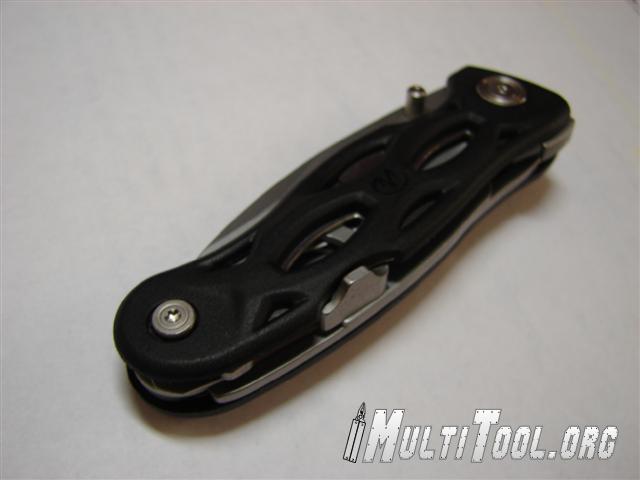 The e302 is one of Leatherman's smaller sized knives, small enough in fact that even though the h502 felt too big, this one feels too small for my hands (maybe there is just no compromise). Aside from the size issue, the knife comes with several cool features that make it great for EDC carry. The main blade is drop point style with razor honed edge. Made out of 420HC (not high end steel like 154cm but still has decent edge holding ability) this blade is good for easy to moderate use. 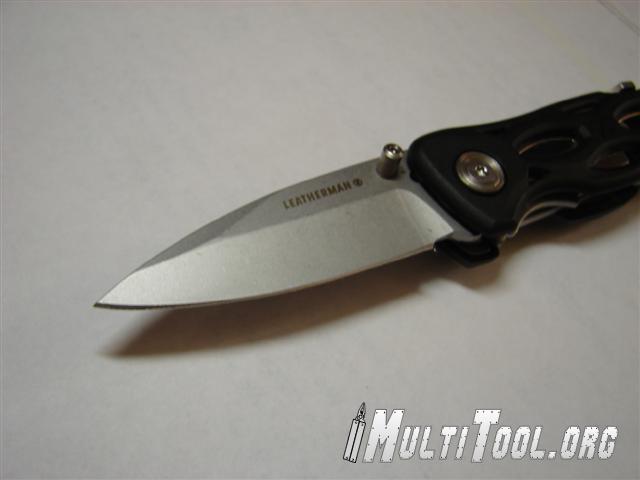 Leatherman incorporates a new gizmo in its knife line, a blade launcher. Similar to what most companies use (SOG, Kershaw, etc), a flipper is added to the blade to allow the blade to be deployed using your index finger. The launcher is neither part of the blade or spring loaded like its counterparts. Leatherman uses a new style where a disc is positioned next to the blade and when you flick the flipper mechanism the disc {using a little flipper on the disc) in turn pushes on the bottom of the blade and rotates the blade out. The blade without any extra force will only open 1/2 way. Due to the lack of a true flipper or any kind of spring assistance, a flicking or wrist rotation is needed to open the blade to its open and locked position. This is awkward at first but becomes second nature after using it for some time. 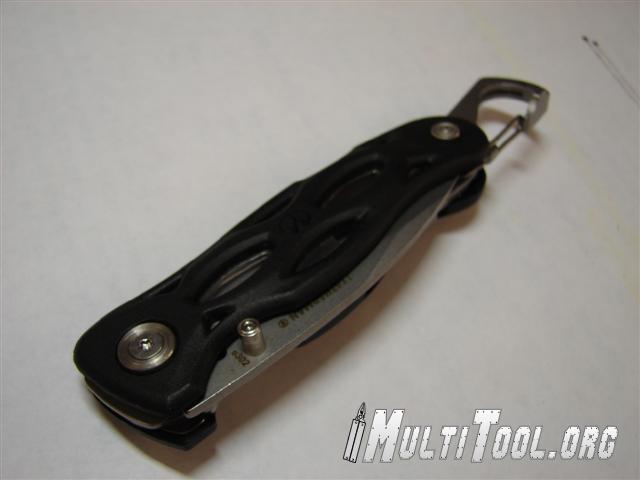 Ok, so what other tools does the e302 have under the hood? Well it sports a cleverly hidden carabineer at the rear end of the handle. On the h502 the carabineer was spring loaded and had to be pushed out from the frame. On the 302 the tool is rotated out and locked into place. In order to unlock the carabineer from its lock position you push down on the top of the tool and rotate it back into the handle. Have not clipped it much to belt loops or backpacks but have used it as a bottle opener and it works pretty good. 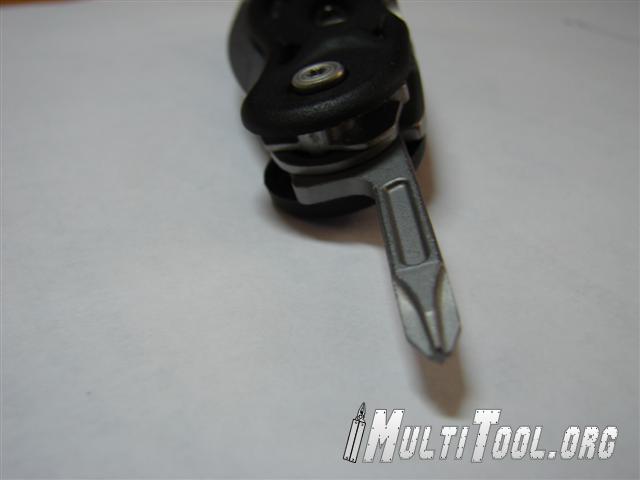 The other essential to any good tool is decent screwdrivers. The e303 sports both a straight and a Phillips head drivers. The Phillips works decent on #1 and #2 type screws, not much slipping either thanks to the bead blasted finish (some makers polish their tools…not that it’s a bad thing). The straight driver works as well on a variety of sizes too, but what makes them different than the now traditional Leatherman line is there are no locks for the drivers. Doing so would increase the complexity of the tool and probably make it harder to manufacture as well as increasing the weight of the tool. Leatherman instead adopted something they pioneered on their Juice line, they use a back spring with tab on the end. Having this along with the dent in the tool allow for the implement to be locked rather than just held in place by spring tension. This lock although simple; is very effective and Leatherman obviously knows it works from it's proven track record. 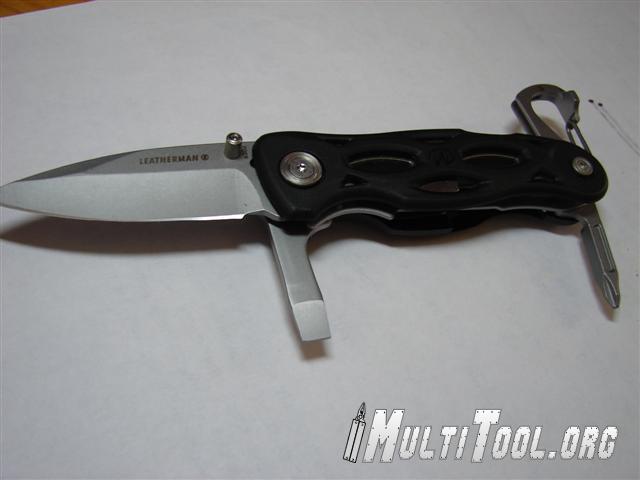 Overall the Leatherman e302 Knife is a great package in small space, a lot of ingenuity and thought went into designing this tool, I've been EDCing it since I bought it....but one thing keep nagging me that I feel you must be warned about. The ball dent that holds the blade in the handle when it's in the closed position is not very strong. Many times while using the Phillips I have accidentally opened the blade, no injuries have happened yet but it still somewhat bothers me. Like I said, great knife/tool, just watch your fingers.

Cons: Overall smaller than I would have liked
Blade launcher works but not like the AO cousins
Blade has a tendency to not play nice.

More in this category: « ToolLogic SLPro Leatherman h502 Knife Review »
back to top
Interested in this or a different tool and still have more questions?
Why not join us over on the Multitool.org Forum where our community can help you find what you're looking for!