Ok, the title may make it sound a bit more exciting than it really is, since you know, it's just me, and I'm the same lazy middle aged bag of hot air that you all talk to every other day, but I'm determined to make myself feel special if it kills me!

Last night I went through some of the old Birthday threads and I have to say, I have given away some remarkably cool stuff for my birthday in the past- in case you are interested, here are a few of the Giveways to distract you while I try to remember what the heck I was planning to give away this year!

What are we doing this year?  Well first off, I know it's a day early, my birthday isn't until tomorrow (October 20th) but this year is so cool I decided to make sure everyone had a chance to get in on it- so I am starting this today and running it until the 21st, whenever I am capable of getting up.  I have something really special and super cool planned for tomorrow evening, but you'll see what that is later on, and anyway, it has little to do with this contest!

Have I rambled enough yet?

Do you want to know what gift I will be giving to some lucky member this year?

Well, I am stalling, because this prize has been waiting for a while to find a new home, and I wanted to find the right outlet for it, because it is a really, really special prize.  You've seen it before, and now here it is again, one of the sexiest knives we have ever seen here at Multitool.org, a customized Boker Kwaiken.... in Titanium! 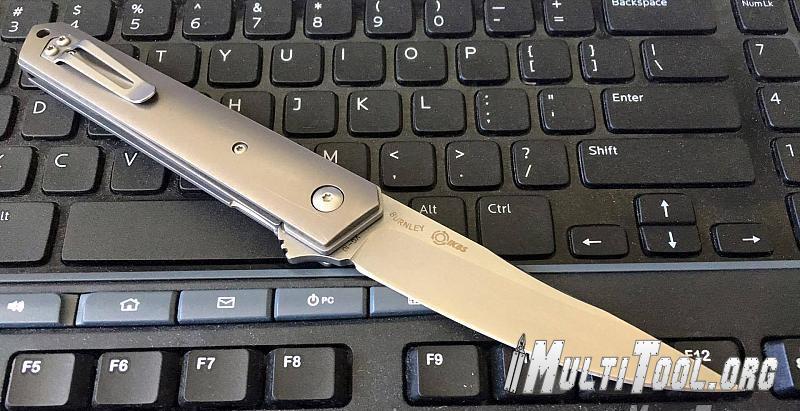 After looking at that sweet knife I honestly hope I get new pants for my birthday as I may need them!

I won't bore you with the details of the knife, other than to remind you that this is not the cheapo version, this is the fully loaded, all the bells and whistles version actually made with titanium, not just painted titanium color, that was customized by hand by a certain member here, who then deemed it far too beautiful to use and donated it to support Multitool.org.  For more info you can check the Donation Draw thread where this knife made it's first appearance.

Once again I would like to thank this mystery member for his amazing generosity and I am giving this knife away on my birthday to show just how much I appreciate it!

So how do you win this beauty?  The rules are simple- post a message in the Birthday Thread on the forum wishing me a happy birthday.  Having a whole planet full of multitool, flashlight, knife, outdoors etc friends is the best gift I can think of, and this giveaway is my small way of giving back to all of you.  Some time on the 21st I'll pick a winner at random from everyone who posted here, and that person will be the proud new owner of this beautiful, sleek knife!

Thank you to everyone for helping to make this the absolute best site on the Web!  You guys rock!

More in this category: « Last Trip of the Year New Tools from SOG »
back to top
Interested in this or a different tool and still have more questions?
Why not join us over on the Multitool.org Forum where our community can help you find what you're looking for!