The original Big Boy of Multitools the Leatherman Super Tool

The tools of it where also bigger and beefier than it's smaller counterpart (PST) and each tool locked. It included 18 listed tools. A clip-point knife, a serrated knife, needlenose pliers, regular pliers, wire cutters, hard-wire cutters, electric crimper, small, med, large screwdrivers, a phillips head screwdriver, wood/metal file,a saw, a wire stripper, a bottle opener, a can opener, 9 in / 22 cm ruler, and an awl. 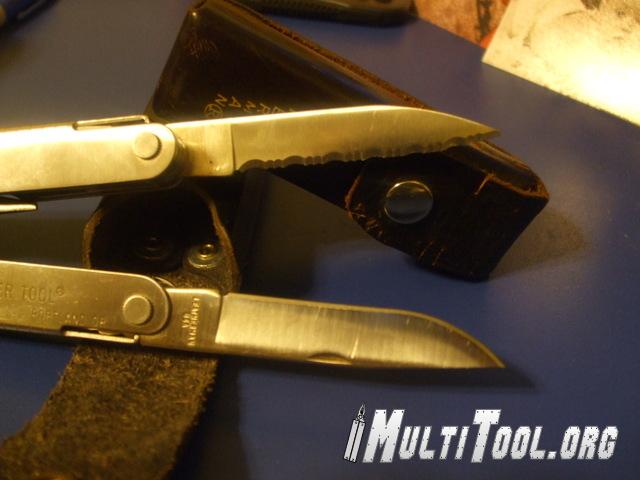 The knife blades of the Super Tool are a very fine example of each type the first is a clip-point blade and the second is also a clip point serrated blade (not seen to my knowledge in any other of the larger Leatherman example Super Tool 200, Core etc.) 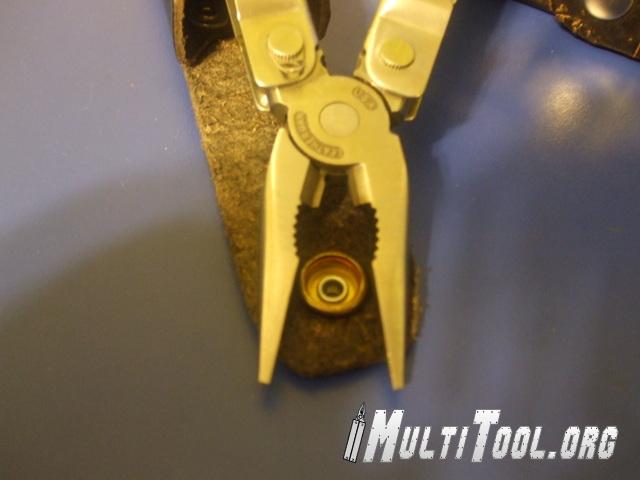 The plier head is of a combination type neither a true needlenose nor a true regular plier head and it makes for a great multi use plier head. It also incorporates a regular wire cutter with a hard-wire notch. 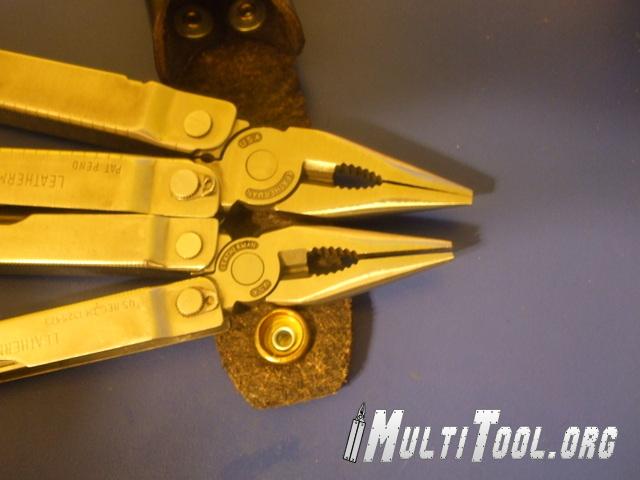 Additionally it was also bigger than the plier head of the original PST (Leatherman Tool). Which also allows for more leverage which in turn means more cutting capability. 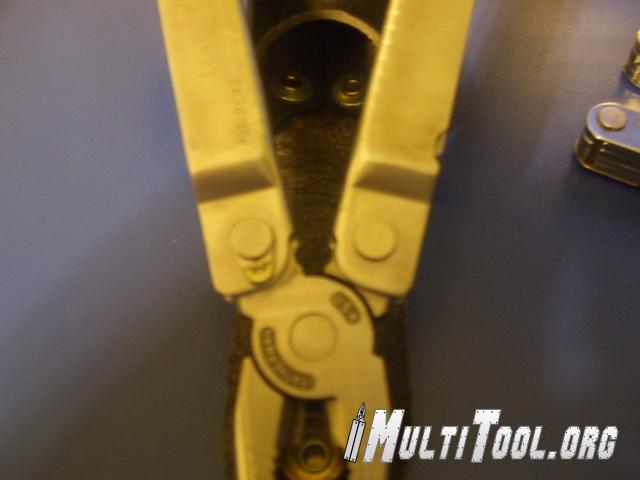 The next tool the electric crimper which is used to crimp different types of wire is at the base of the plierhead belween the two handles. I have not ever had the chance to use this tool, but I imagine that it is serviceable. 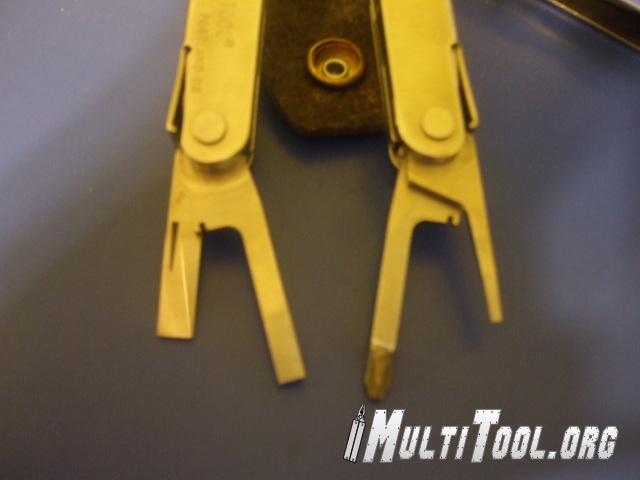 Now the drivers the smallest screwdriver is what you might call the eyeglass screwdriver works very well on small headed fine straight screws. The med driver is a bit longer and covers the med straight screws. The large (by far the most used by me minus the phillips head) is a medium reach straight driver that can also double as a prybar. The phillips head is a very good phillips driver that seems to handle various sizes of screws. The phillips is predominately designed for the number 2 size screw head though (at least that's what it looks like). 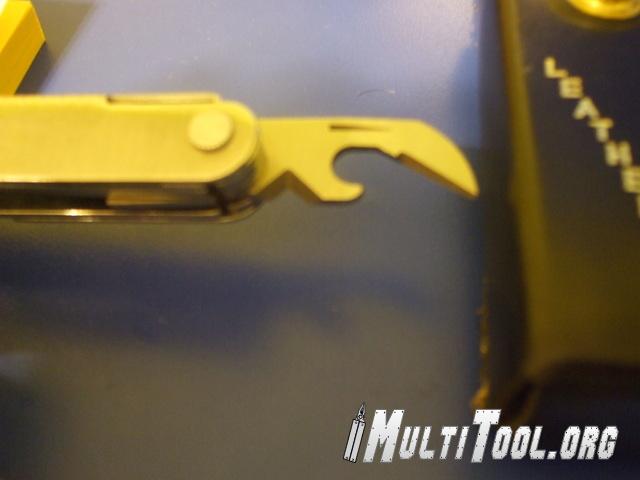 The wire stripper is also part of the bottle opener/can opener combo tool. It is serviceable but I wouldn't want to use it for very long as the knife does a better job at stripping wire. The bottle opener I really have no use for as I never find that I need to open any kind of a bottle but I am sure that is would open one if need be. It also doesn't take any extra space so they really don't lose anything by putting it in there. I have tried the can opener and I find that this designs works rather well (especially if no other openers are avaliable). 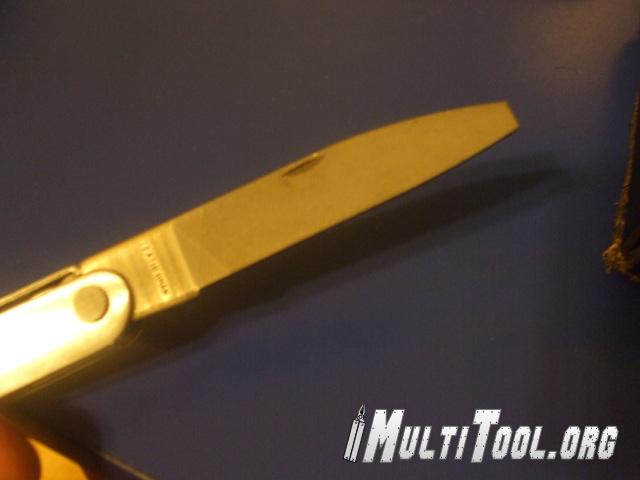 The file is a very good designed file as it is in the shape of a traditional file with both a smooth and course side in it. This file seems to get the job done. I prefer the diamond file Leatherman has but when this tool came out they hadn't put it in a multi yet. 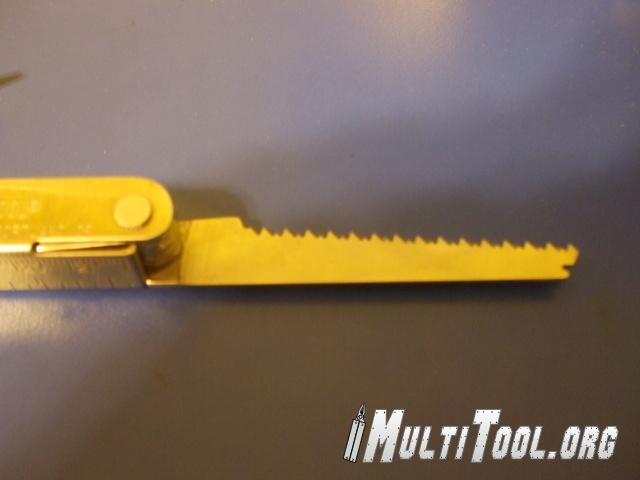 The saw on the Super Tool was also a first for Leatherman. This saw is very good at small wood cutting tasks and could also be made as a drywall saw in a pinch. I really find a use for the saw and find that this one is very well made. It is oriented on a pull stroke. 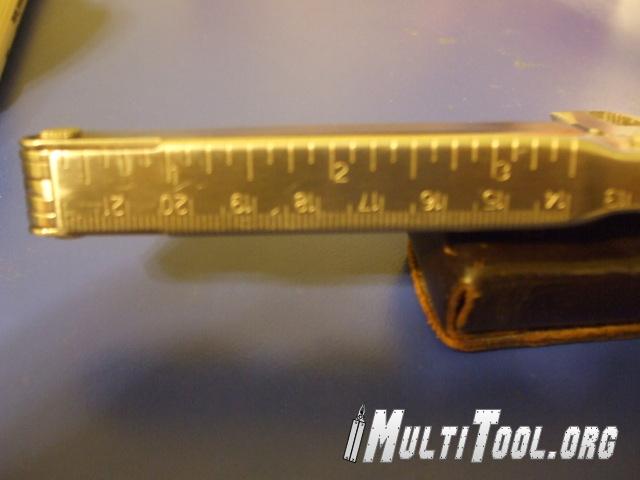 The ruler is serviceable as well and since it doesn't take any space up it can be handy occasionally. 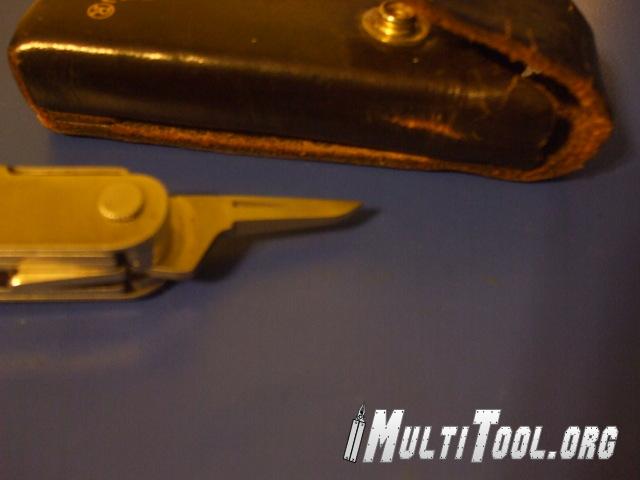 This awl is not the sharpest of awls but it is a good awl nonetheless. It can save your knife blade in some instances.

Overall I really like the Super Tool but it does have it's downfalls. The tool doesn't have rolled edged handles and can be uncomfortable to use sometimes. The locking system can sometimes be a bit tedious as you have to pull another tool out to unlock the one you have out. Also as some (including myself) don't mind tool clumping it is also a bit of a problem for some.

More in this category: « Leatherman Skeletool CX Review Leatherman Juice KF4 (Visual Tour) »
back to top
Interested in this or a different tool and still have more questions?
Why not join us over on the Multitool.org Forum where our community can help you find what you're looking for!